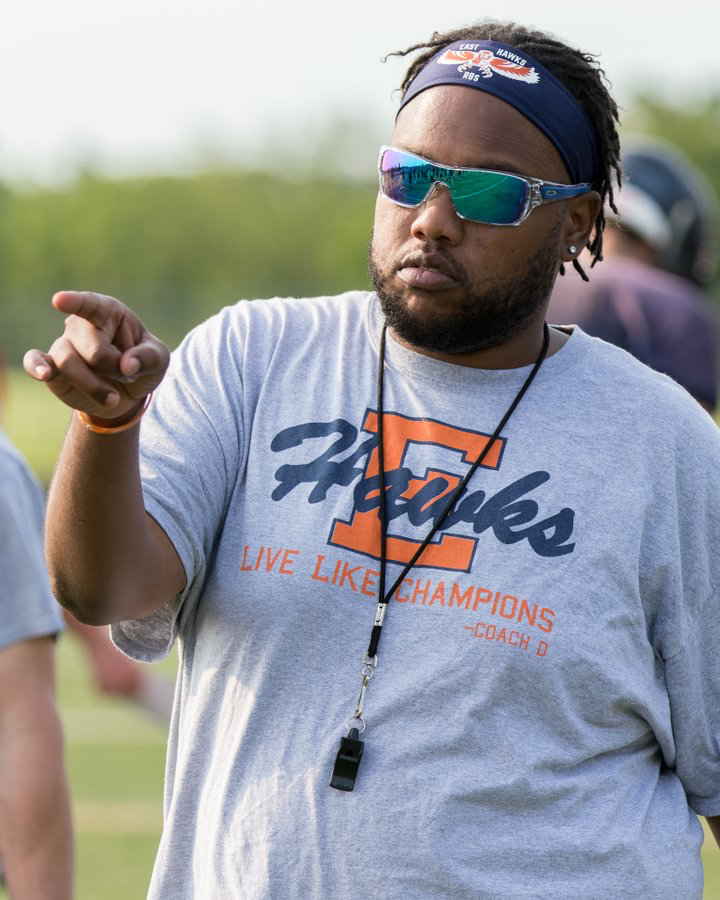 He cared about his players as much as his own family, helping his players become the best version of themselves. Not only was he involved within the school but Burnett was a well-respected man and a member of the Kansas City Glory (a female football team).

During Coach Burnett’s time with East, he brought the community together in unimaginable ways, and he continues to do so in his passing.Through life and death, the impact that Coach Burnett has left on the community will be remembered for years to come as celebrations of his life continue. On Friday’s game, Shawnee Mission Northwest High School will honor coach Burnett with a moment of silence. Cities outside of Olathe are taking moments to remember the life of the one-of-a-kind coach as they represent his impacts in a pre-game presentation during the upcoming Kansas City Chiefs game.

September 27th, 2021 from 5 pm-8 pm at the Olathe East football field, the Olathe East family will continue to celebrate Burnett’s impact on Olathe’s community. Family, friends, and players are all invited to pay their respects to the remarkable man. Burnett was a major part of the Olathe East family that warmed hearts with every smile and brightened days with a simple hello. As Coach “Cheese” always said “F.O.E.”…family over everything.