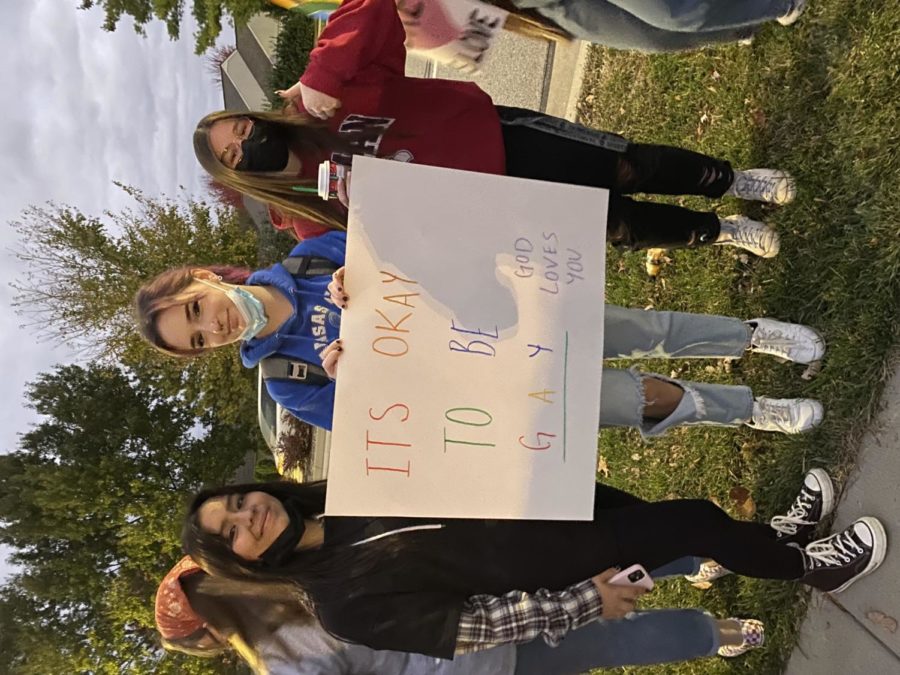 In the early morning hours on Thursday, November 4th, students of Olathe East high school gathered at the front of the school in support of LGBTQ+ rights.

“Most of us found out Westboro was coming to our school earlier today, and it was actually Ella Koester who had the idea of staging a counter-protest and we hit the ground running,” senior Jylon Hollinshed said.

The news of the counter-protest spread fast, due to the fast diligent work of multiple Olathe East students.

“Easton Logback made graphics explaining the situation, and we shared those as soon as we got them,” Hollinshed said.

“I think the protest went great,” Junior Ashley Ratliff said. “It felt like a win for the Olathe East LGBTQ+ community.”

Students were not the only ones who were a part of the counter protest. Multiple teachers were also there to show their support, and make sure things didn’t get out of hand.

Despite the reasons for why the counter-protest was organized, the attitudes of the students were overwhelmingly positive. Students cheered, and held up their handmade signs proudly as cars drove by honking in support.