Thanks & Giving: A Satirical Poem About America’s Most “Blessed” Day 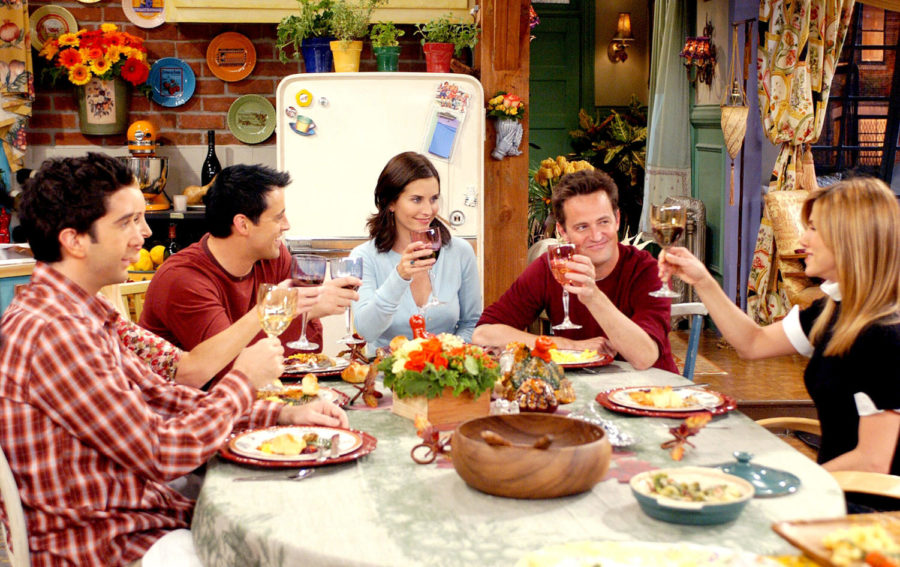 Thanksgiving, a time to get together with all your favorite and least favorite relatives.
While navigating through the verbal labyrinth that is Thanksgiving conversations, here are
some topics to avoid.

The origins of Thanksgiving. Something no one wants to be reminded of is the
undeniable fact that white people quite literally stole, murdered, and plagued the “new land” they
found. Please, under no circumstances bring up the poor native Americans who were brutally
slaughtered in the name of giving thanks. It’s an awkward conversation for all involved.

The controversial political views of your eldest grandma. No one wants to hear Grandma
Mimi rant once again about how “better things were in her day”. Turkey comes with gravy,
Grandma. Not your opinion.

Pete Davidson scoring Kim Kardashian. Something no one saw coming, is the failing
comedian becoming intimate with one of America’s biggest celebrities. How that man is able to date Ariana Grande and the eldest Kardashian is beyond me.

The whereabouts of “that one uncle”. Where did he go? No matter how bad you want to
ask, you must refrain! At all costs do not bring him up. It will send your mother into a frantic rant,
and no one needs that. All that you know is the last time he was seen was in a South American
rainforest, and it’s going to stay that way.

The fifth Batman reboot. Why does DC feel the need to keep rebooting the beloved
character? From Christian Bale’s iconic Dark Night to Ben Affleck’s “edge batman”, to George
Clooney’s nipple suit, and finally Robert Patterson’s 2022 Batman, where does it end?

The constantly rising gas prices. Don’t remind Aunt Cheryl that she spent fifty bucks and
six hours in a cramped Honda Odyssey with her crying children just to come see your family and
eat dry mashed potatoes while the Lions get absolutely destroyed by the Bears. It will only upset
her to know she has to do it all again, just to get home.