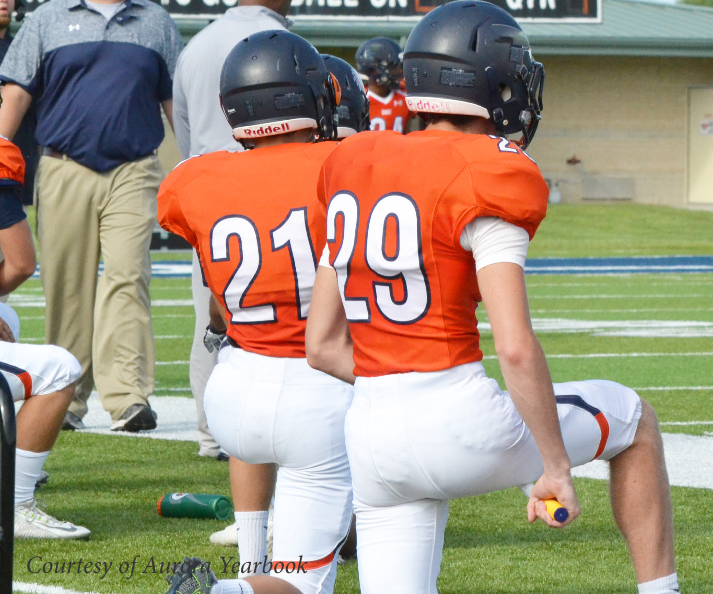 When San Francisco quarterback Colin Kaepernick expressed his view of injustice by kneeling during the National Anthem, the nation split in two; one half rallied behind his right to protest, and one half deemed the football player unpatriotic. Those who never served in the military may call him disrespectful while many veterans respect his right to protest. Students and Faculty willing to speak gave their views on the protestor. 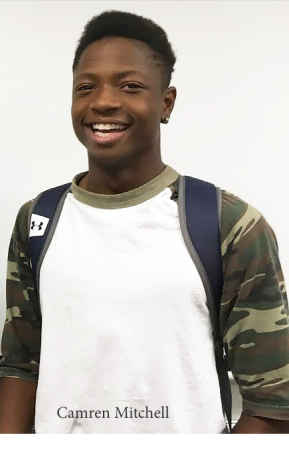 Junior Camren Mitchell, an Olathe East Varsity football player, stands for the National Anthem because he sees it as right and respectful to America. However, he also respects the opinions of protestors.

“That’s a personal opinion. If that’s how they feel, they can sit down, and do what they do. That’s on them,” Mitchell said.

His football coach gave his teammates a different direction on the right to protest.

“He said ‘as a team, we all stand as a team together, but if you have your own personal view, don’t show it when we’re as a group like that,’” Mitchell said.

Senior Cheerleader Daja Coker, gave her opinion although some of her teammates decided not to. She stands regardless of the situation at hand in order to show her respect for America and those fighting for it. She feels everyone has to right to make good and bad decisions.

“Everyone has the opportunity to make mistakes, if they end up making those mistakes, or making good choices as they could,” she said.

As a school role model, she feels her job should be to set a good example at games. While Coker thinks standing for the national anthem is required, she thinks the requirement is realistic. 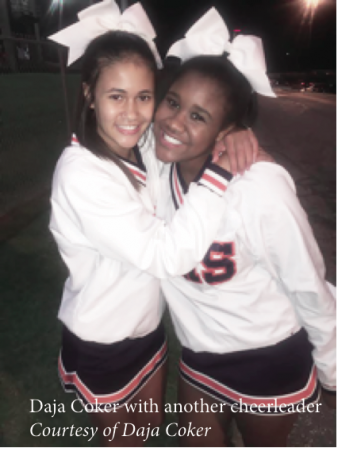 “I don’t think that the way it’s being presented is overbearing at all. I don’t think it’s unreasonable. And I think it’s a good way to show Olathe East as a school, as well as us as a nation, are respecting our country,” she said.

The new Head Cheer coach Chanelle Dieckmann stands to respect her father’s military service. She feels the right to protest is valid, but never felt the need to express this right.

“I think that personally it should be a time and a place, and I would be interested to know if it was done for attention or truly to protest,” Dieckmann said.

She understands why veterans might support Kaepernick, yet she was unaware of it. However, she never recommended her cheerleaders stand despite the situation because they stand on their own. She thinks they stand for the same reason she stands: out of respect.

The Athletic Director, Amanda Faunce, also honors family service in the military, as well as those still fighting, by standing. The right to choose whether or not to stand she feels makes living in the United States worthwhile. Freedom from oppression creates the democracy so often boasted.

“Who am I to say that someone’s personal belief is right or wrong? I mean, I don’t want someone telling me that what I believe in is right or wrong… To me that’s being hypocritical of what we say we want or what we are fighting for. When people say that fighting for a cause, then we’re becoming hypocritical. Now, that doesn’t mean that I agree with it, doesn’t mean that I disagree with it… I think it’s a personal decision that people have to make. The only thing I would say is that I hope that people are making good, sound decisions,” Faunce said.

She feels beliefs need reasoning behind them, whether one’s belief is injustice in the nation or if Kansas is a nice place to live. From there, people make decisions based on their beliefs.

“They are free to be able to make that decision and be supportive of it,” Faunce said.